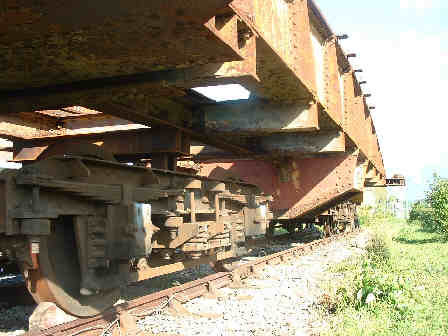 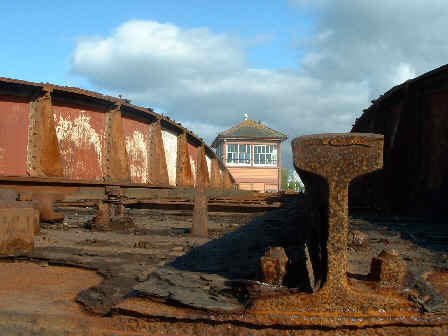 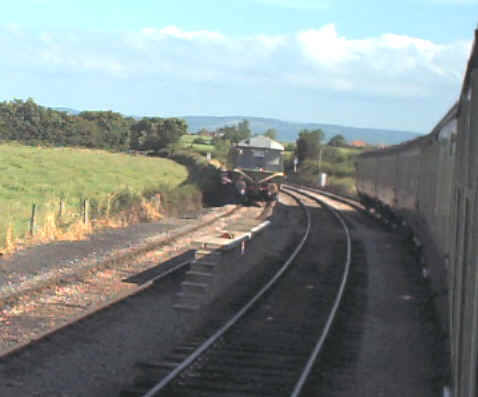 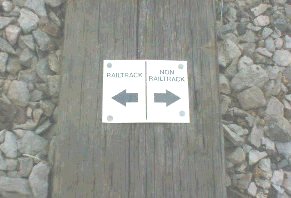 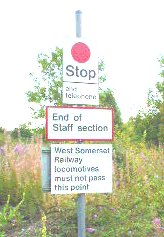 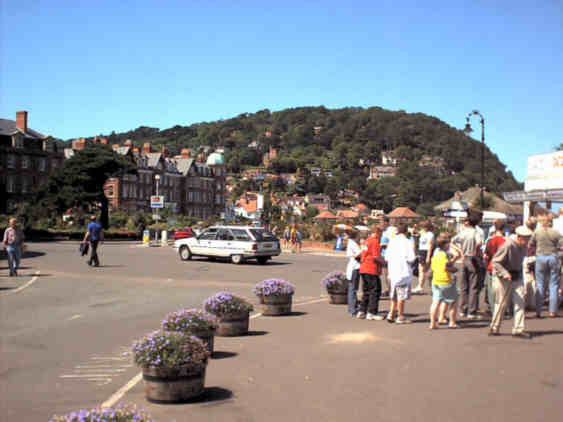 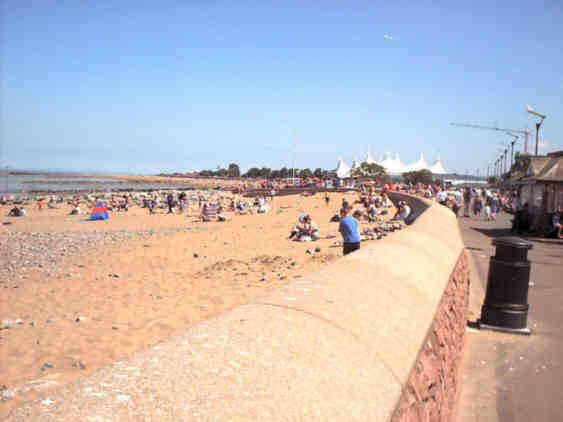 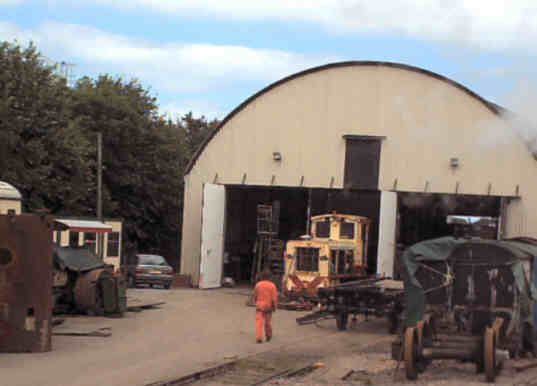 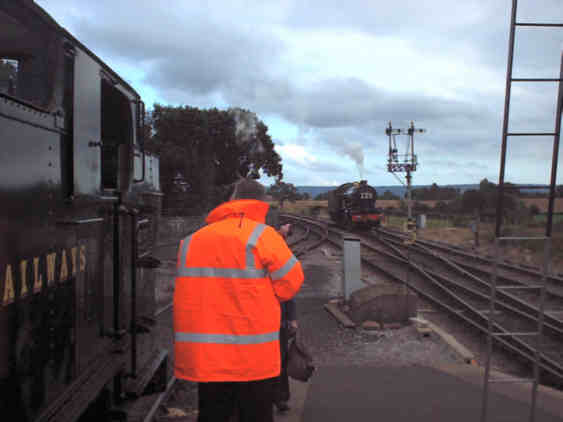 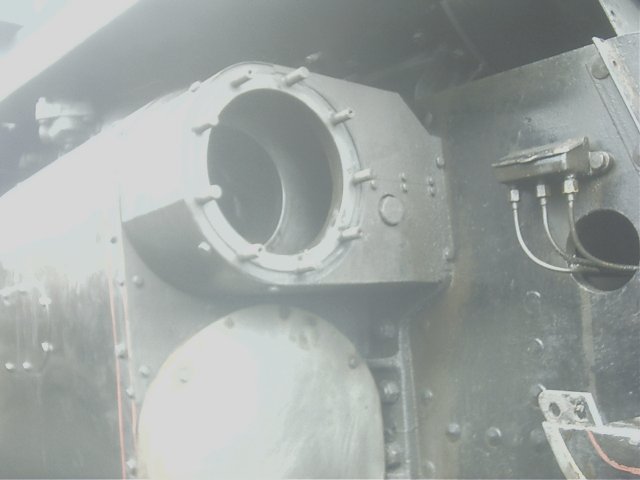 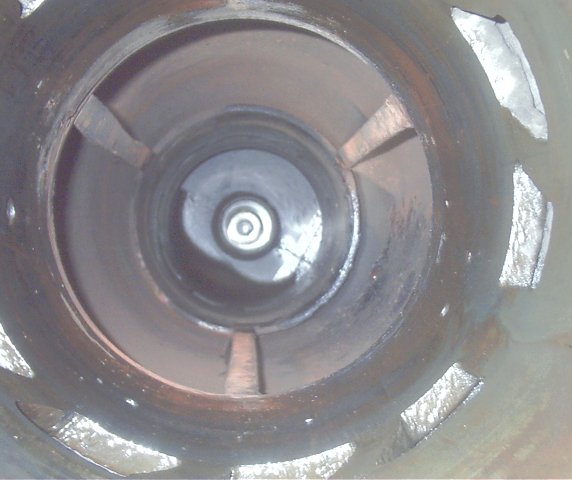 The first three photos in this selection are of the turntable that is stored at Minehead waiting for a decision on where it is to be located.  It is a 55' table, which will need to be lengthened to 65' to be fully useful to the line not only for turning locos but carriages - to even out flange wear and paint fade due to the sun.

It is in need of a fair bit of work which a group of members of the WSR e-mail list are planning to start on, hopefully in the not too distant future.

The WSR's least known station is Cotford St. Luke Halt viewed here from a train being shunted.  It is in fact the carriage cleaners platform in Bishops Lydeard's up sidings but is referred to by the crews by the name of a nearby housing development.  The train I was on is standing on the running line from Bishops Lydeard to Norton Fitzwarren - where some think the turntable should be located.

Mention of Norton Fitzwarren brings me to these two photos of Jon Tooke's showing how the boundary between the WSR and the national network is marked on the ground.  Many would like to see the West Somerset working trains to Norton and even on to Taunton, but neither seems likely to happen in the immediate future.  More views of the boundary area at Norton Fitzwarren can be seen on Norton Fitzwarren

A view from Minehead Station entrance with North Hill - effectively the start of Exmoor looming over the harbour area.

A view of Minehead beach just across the road from the station - there is more to Minehead than the West Somerset Railway!  But, of course, the WSR is the way to get there!!

There are more views of the area around Minehead on my  Travel and Animals site.

The WSRA are providing workshop facilities at Williton for the Lynton and Barnstaple Railway's 1' 11 5/8" gauge Drewry 0-6-0 diesel loco to be restored ready for the reopening of the first section of this North Devon line which closed in the 1930's.

An odd one taken while the King was manoeuvring towards the loco at Bishops Lydeard, it shows how well Hi Viz clothing shows up in a railway setting.

A couple of photos by Jon Tooke showing the valve chest of 80136.  The valve had been withdrawn for repair giving an opportunity to see the inside, in the bottom one the steam passages leading from the cylinder can be seen - I must admit though that I don't know which opening is which, exhaust or live steam.

Photos not otherwise credited are ©2001-2003 S G J Huddy.  Other photos are included with permission of the copyright holders.